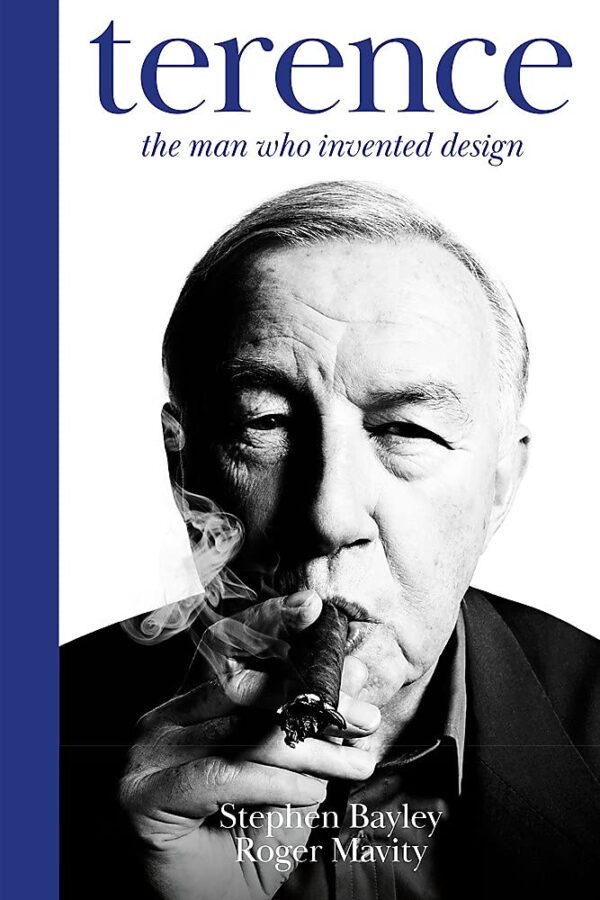 Terence Conran: a visionary and a myopic. A Francophile who could not speak French. A democratising idealist and a selfish hedonist. His was a life of contradictions, simultaneously a national figure and an enigma.

A design entrepreneur and imaginative restaurateur, his influence is everywhere in modern Britain from where we live to what we eat. He made it his life’s work to escape suburban mediocrity, and to help the rest of us escape too.

In an astonishing life, if not a contented one, Terence leapt from one idea to the next: he was a furniture manufacturer, an author, educator and patron. He married and separated from four women, fathered five children, made several enemies, antagonised countless shareholders, made a personal fortune, and smoked over £1 million worth of cigars.

Terence: The Man Who Invented Design is the definitive biography of the legend by Roger Mavity and Stephen Bayley, who knew him – apart from his four wives – probably better than anyone. Frank, witty and revelatory, it provides an authentic and intimate insight into his life, his legacy, his genius and his extraordinary contradictions.

There are no reviews yet.